After you read about our keno system, you'll never look at the keno the same way again!

Let me ask you a question. Which bet would you rather do?


Incredible as it seems, most WINNING KENO/LOTTERY NUMBER PICKS can be mathematically represented as numbers between 1 and 10!


HOW CAN I WIN KENO WITH THESE NUMBERS?

It's actually very simple. The idea occurred to me when I thought about how a computer software program would store a winning lotto, winning keno or winning lottery number on disk. Storage space is always an issue with computers, so data compression is used whenever possible. To compress a lotto number pick, the software might store the "delta" of each number instead of the lotto number itself.


WHAT DOES THIS MEAN?

It means that you can pick lotto numbers and keno numbers by guessing numbers between 1 and 10 instead of 1 and 80! Number deltas higher than 10 can occur, but 95% of the time they don't!


WHAT'S HAPPENING? WHY DOES THIS WORK?

It works because the smaller numbers represent the typical distribution of winning keno and lotto numbers. In other words, in a keno game, the numbers are usually (95%+) spaced 1-10 digits from each other. Since this spacing stays somewhat consistent from winning number to winning number, our scheme to represent them as smaller delta numbers works. By guessing deltas that follow our rules instead of guessing the keno or lotto numbers themselves, your guess will have the same number distribution characteristics as other winning numbers. Does this give you an advantage? Well, read on.


WAIT! THERE'S MORE! IT GETS BETTER!

I studied the distribution of delta numbers in a year's worth of winning keno numbers from Massachusetts State Lottery. When I did this, I discovered something exciting but at first, truly puzzling. Over long periods of time, numbers are randomly distributed, but in smaller increments there are bias towards hot numbers!

Hard to believe? Check out some of the raw data yourself below.


This chart shows the distribution of delta numbers in several months worth of Massachusetts KENO drawings:

It turns out that nearly 70% of the time, a delta calculated from a winning number will be FOUR or less! 58% of the time, the delta will be THREE or less! In fact, a delta of ONE is the single most occurences, occurring almost 25% of the time. The predominance of the number ONE means that adjacent number pairing in winning keno numbers must be quite common (and it is quite common, just look at any series of winning keno numbers.)


I also found that the first number drawn will be lower than 10 - 95.3% of the time! So if we can find the first starting number from 1-9, and then use the percentages of delta between numbers, we can generate a higher percentage of possibilities than simply generating completely random numbers.


This means that most of the Delta numbers you will be guessing can be picked from an even smaller set of numbers! Why is that?


Well, there are valid statistical reasons this happens. When you consider that the sum of all the Deltas have to add up to the highest keno digit (80), it's apparent that there isn't room for many large deltas. But doesn't explain the entire effect. The excess of small delta numbers, and especially the predominance of ONE, is not obvious in the keno numbers themselves, but the delta calculation reveals the pattern.


With this knowledge, we can look at any game and we should see 25% of the numbers one number apart. That means that out of 20 numbers drawn, approximately 5 numbers should be "runners" or 1 number apart. You can take this against any results set and see for yourself.


Here is an example:

No one system is perfect and you will not win all of the time. But when we combine this knowledge with two other techniques, the result is what you will find on my site. 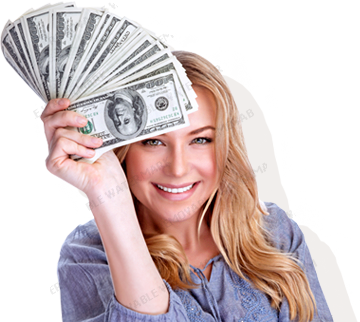 PROBABILITY THEORY AND HOW IT WORKS

Aside from the Hollywood portrayal of time travelers going to the future to collect winning lottery numbers, picking the correct combination for a winning ticket is generally accepted to be a matter of luck.


But I think I have found that there is a pattern or "color chart" in winning keno numbers. This theory or system supposed that not all combinations of numbers have the same probability, which suggests there could be an art to predicting the winning numbers.


HOW DOES THIS WORK?


But the Cold numbers will still come up won't they?

The answer is yes. However, if we play the percentages (probability), there is a much better chance of a "hot" number appearing than a "cold" one, so we increase our chances, by eliminating the non-probable numbers and playing the more probable ones.


So what are the hot numbers?

On the statisitics page you will find the hot and cold numbers listed by color. Red is "hot" and blue is "cold". Try for yourself. Check the "hot" numbers on the next game and see how many come up. On average there are 30 "hot" numbers and 50 "cold" numbers. Obviously you would predict that more "cold" numbers would appear since there is more of them. Check the percentages. You will see the same thing I have found, that the "hot" numbers appear at a higher probability than the cold ones do. 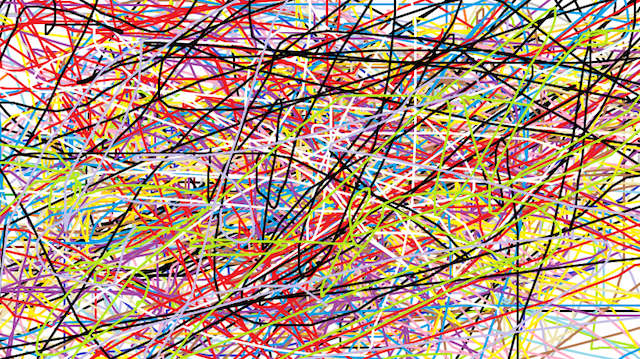 RANDOMNESS AND HOW IT WORKS

Perhaps you have wondered how predictable machines like computers can generate randomness. In reality, most random numbers used in computer programs are pseudo-random, which means they are generated in a predictable fashion using a mathematical formula. This is fine for many purposes, but it may not be random in the way you expect if you're used to dice rolls and lottery drawings.

As the word "pseudo" suggests, pseudo-random numbers are not random in the way you might expect, at least not if you're used to dice rolls or lottery tickets. Essentially, PRNGs are algorithms that use mathematical formulae or simply precalculated tables to produce sequences of numbers that appear random. A good example of a PRNG is the linear congruential method. A good deal of research has gone into pseudo-random number theory, and modern algorithms for generating pseudo-random numbers are so good that the numbers look exactly like they were really random.


The basic difference between PRNGs and TRNGs is easy to understand if you compare computer-generated random numbers to rolls of a die. Because PRNGs generate random numbers by using mathematical formulae or precalculated lists, using one corresponds to someone rolling a die many times and writing down the results. Whenever you ask for a die roll, you get the next on the list. Effectively, the numbers appear random, but they are really predetermined. TRNGs work by getting a computer to actually roll the die - or, more commonly, use some other physical phenomenon that is easier to connect to a computer than a die is.


PRNGs are efficient, meaning they can produce many numbers in a short time, and deterministic, meaning that a given sequence of numbers can be reproduced at a later date if the starting point in the sequence is known. Efficiency is a nice characteristic if your application needs many numbers, and determinism is handy if you need to replay the same sequence of numbers again at a later stage. PRNGs are typically also periodic, which means that the sequence will eventually repeat itself. While periodicity is hardly ever a desirable characteristic, modern PRNGs have a period that is so long that it can be ignored for most practical purposes.

In comparison with PRNGs, TRNGs extract randomness from physical phenomena and introduce it into a computer. You can imagine this as a die connected to a computer, but typically people use a physical phenomenon that is easier to connect to a computer than a die is. The physical phenomenon can be very simple, like the little variations in somebody's mouse movements or in the amount of time between keystrokes. In practice, however, you have to be careful about which source you choose. For example, it can be tricky to use keystrokes in this fashion, because keystrokes are often buffered by the computer's operating system, meaning that several keystrokes are collected before they are sent to the program waiting for them. To a program waiting for the keystrokes, it will seem as though the keys were pressed almost simultaneously, and there may not be a lot of randomness there after all.


However, there are many other ways to get true randomness into your computer. A really good physical phenomenon to use is a radioactive source. The points in time at which a radioactive source decays are completely unpredictable, and they can quite easily be detected and fed into a computer, avoiding any buffering mechanisms in the operating system. The HotBits service at Fourmilab in Switzerland is an excellent example of a random number generator that uses this technique. Another suitable physical phenomenon is atmospheric noise, which is quite easy to pick up with a normal radio. This is the approach used by RANDOM.ORG. You could also use background noise from an office or laboratory, but you'll have to watch out for patterns. The fan from your computer might contribute to the background noise, and since the fan is a rotating device, chances are the noise it produces won't be as random as atmospheric noise.

We use a PRNG as we generate random numbers from a Windows Server. We randomly generate our numbers based upon both our Probability and Delta theories, but in the end, we still need to randomly select numbers as we cannot play every single number in our selections.